Operatives of Operation “Puff Adder” have arrested 36 suspects for their alleged involvement in kidnapping, armed robbery and cultism in Kogi State.

The Kogi State commissioner of Police, Hakeem Busari paraded the suspects at the Command’s headquarters on Tuesday in Lokoja.

He said the renewed commitment of the Police command to sustain the tempo of the fight against criminality in Kogi State and guarantee the protection of lives and property remains unequivocal and unwavering.

One Christopher Attah alongside his three-member gang, was said to have masterminded the killing of his master Yahaya Jibril and went away with the sum of N1.6 million.

According to the police, the four suspects, who killed late Jibril, are: Abdul Abu, Abdulwahab Ahmed, Suleiman Jibril and Christopher Attah. 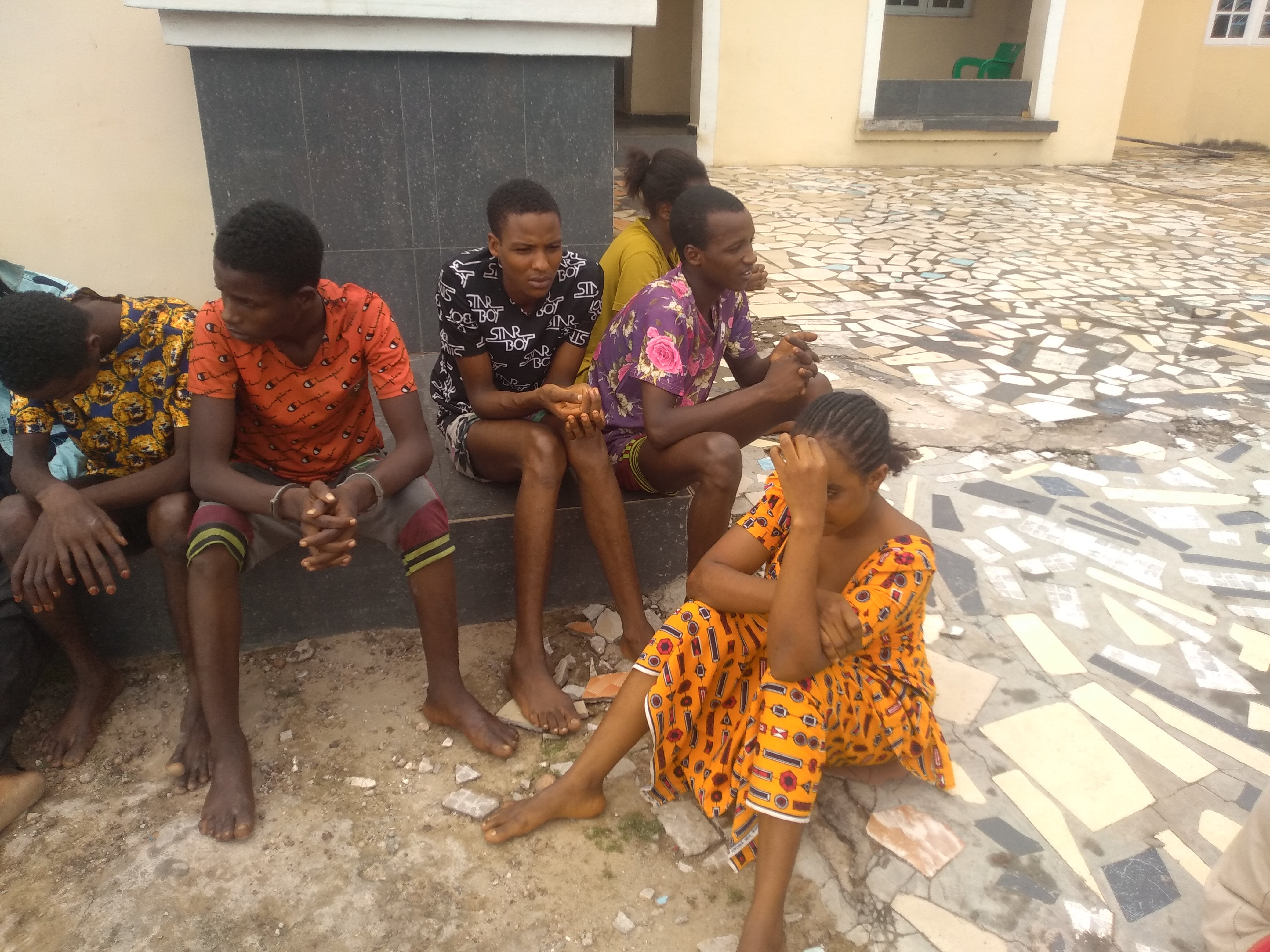 Busari stressed that the four suspects have admitted to committing the crime.

Other suspects paraded by the command were arrested in different location of the state like Obajana, Ajaokuta, Kabba Bunu and Lokoja.

Meanwhile, the Police have arrested six students of Kogi State University for their alleged involvement in cultism.

DAILY POST gathered that the suspects are 400-level students of Sociology department.

The suspects, according to the police, belong to the Neo Black Movement (NBN) of Axe man confraternity.

They were all said to have confessed to the crime.

PDP, APC accuse each other of importing thugs, mercenaries for Kogi election